Even though we know that cats won’t stay with us forever, it’s always good to get a cat. The furry Rubble, however, wishes to stay with his owner forever. This kitty is the world’s old cat and recently turned thirty years old. Yes, you heard that right. 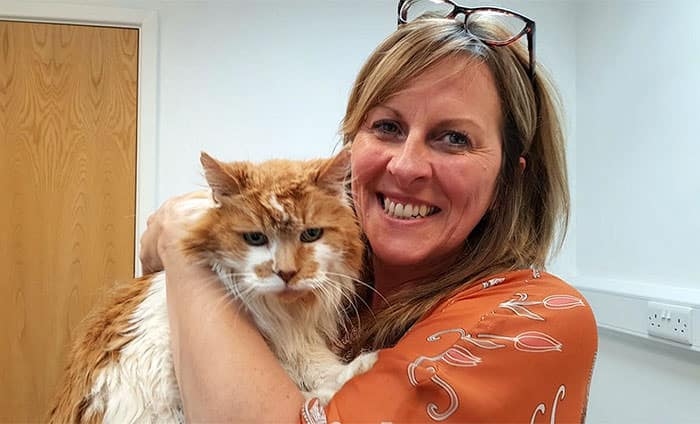 Michele Foster got the white and ginger cat on her twentieth birthday in May, 1988 when Rubble was a teeny tiny mushy ball. Now thirty years later, here they are celebrating his birthday. This British kitty lives with his hooman in Exeter, England. 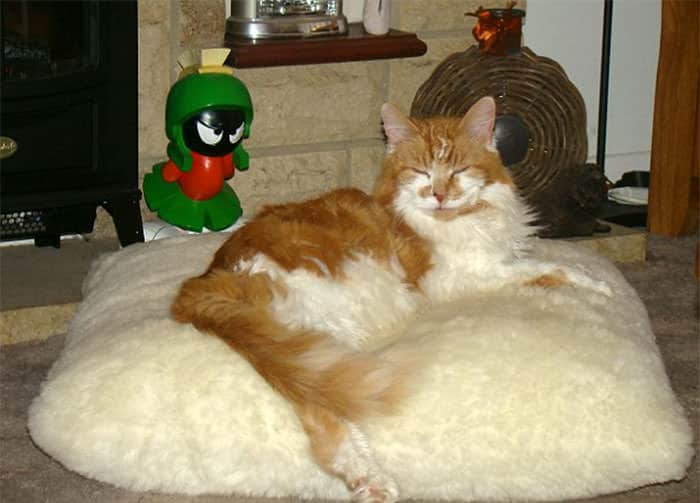 All these years, Rubble has been a wonderful kitty. He is loyal and very loving. According to Michele, Rubble’s long life is due to all the pampering and love that he has received. She takes care of him like a little baby till now. 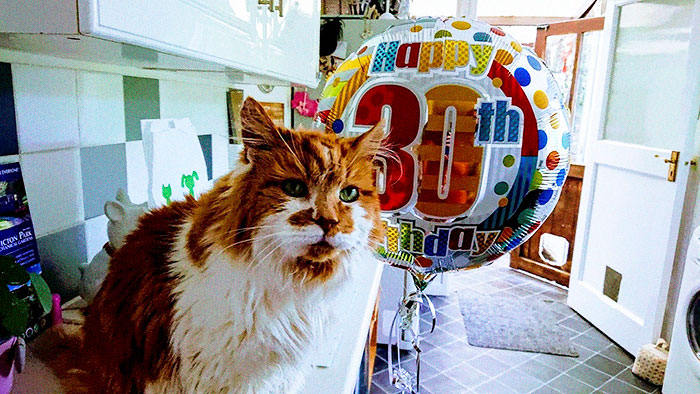 Rubble has been a healthy cat but suffers from high blood pressure at times. Dr. Shawn Moore of City Vets ensures that Rubble stays healthy and stable. Dr. Moore said,

Rubble is quite likely to be the oldest cat in the UK and is still going strong. He is on medication for his blood pressure but apart from that, he is in remarkably good health. 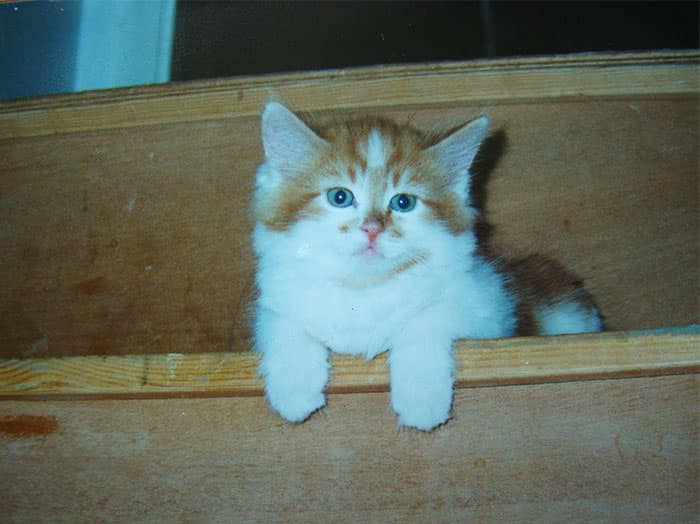 Michele was asked about her opinion to enter the oldest cat of the world into the Guinness World Records. Michele said that entering the kitty to the Guinness World Record would not be a good idea. Rubble is really old and he would not like to be around so many people. Too much attention and hassle would not to be good for Rubble’s health. Rubble’s hooman wants him to live in peace and creating unnecessary fuss around the kitty would surely not achieve that. 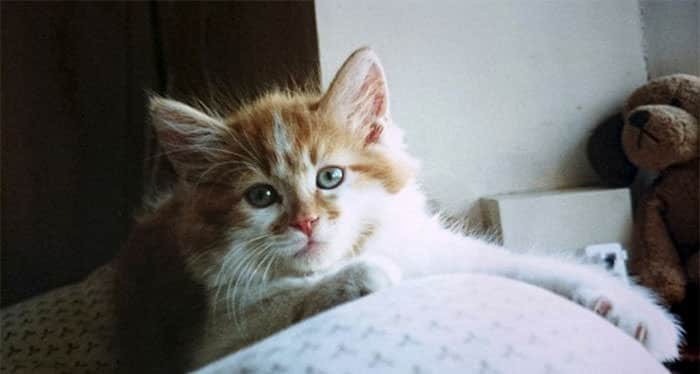 Most Watched - Video of the Day

As per the Guinness Record, Cream Puff holds the title of the oldest cat who lives for thirty eight years and three days. Even though Rubble is healthy and in a good condition right now, it cannot be said how long he will live. 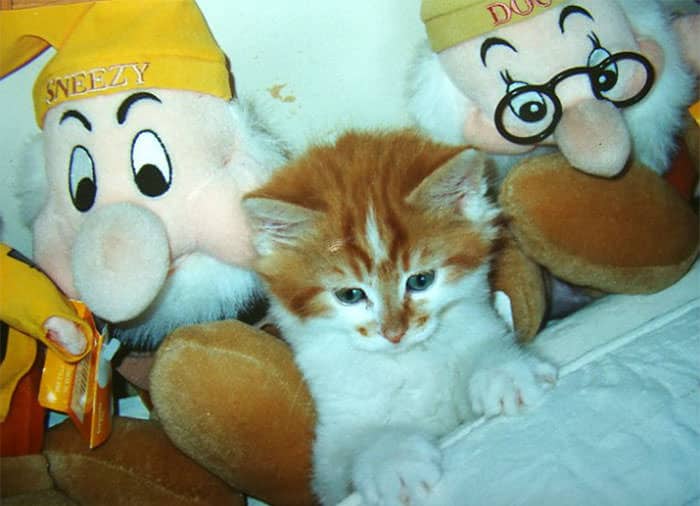 Average domestic cats have a life span of fifteen to twenty years, whereas outdoor cats live for two to nine years. Considering Rubble is in good hands, he has a long wonderful years ahead. 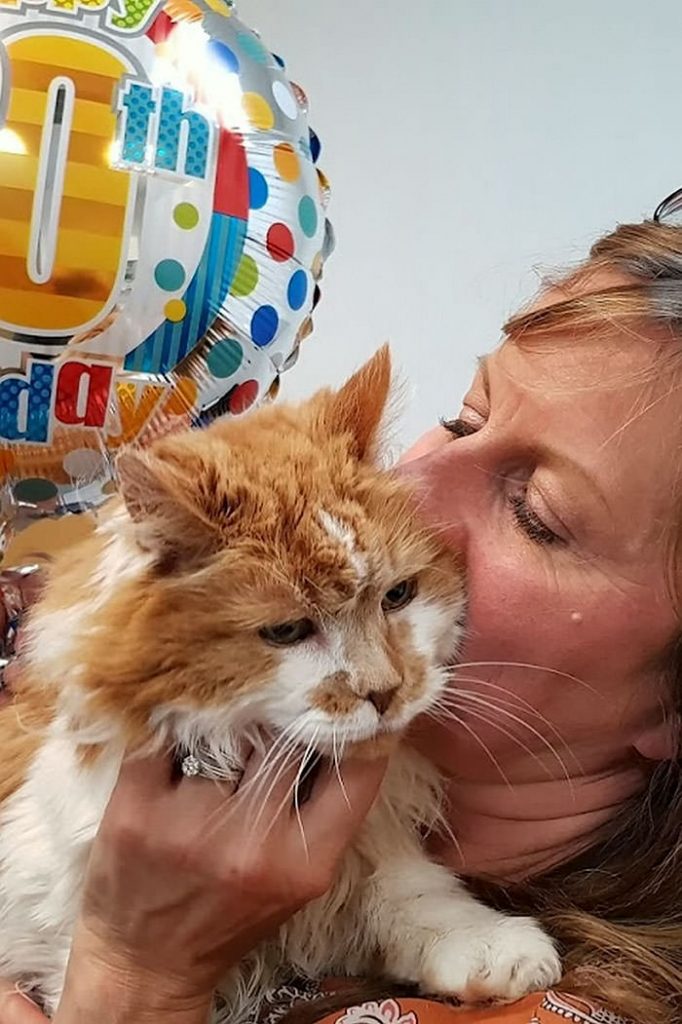 We wish him a long and healthy life ahead. Happy Birthday, Rubble! Stay healthy and happy!

25 Cats That Will Melt Your Heart

10 ‘My House, Not My Cat’ Pics Every Cat Lover Will Adore

By mitansha15 hours ago
Cats

Cat Returned To Shelter Home Because He Was “Too Cuddly”

By mitansha16 hours ago
Cats

10 Hilarious Texts Your Cats Would Send If They Could Type

By mitansha16 hours ago
Cats

Cat Hooman Locks Her Cat Inside The Fridge By Mistake, Cat Acts Like Nothing Happened When Found Moments Later

10 Weird Cats That Love Entertaining Their Owners With Hilarious Acts

10 Pawsome Pets That Have A Special Bond With Their Hoomans

10 Shameless Cats Caught In Awkward Situations By Their Hoomans

New ‘Grumpy Cat’ On The Block Is Seriously Adorably Angry